Technology for Earth, Energy for Human 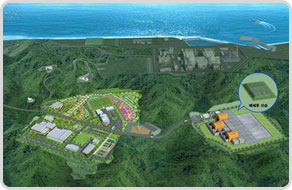 Low and Intermediate Level radioactive Waste(LILW) refers to the waste that contains only small amount of radioactivity such as protective clothing, gloves, and parts used in radiation facilities such as nuclear power plants and hospitals.
Generally, LILW disposal is divided into two methods : Near Surface Disposal and Rock Cavern Disposal.
Rock Cavern Disposal is a method to dispose the waste using the natural and artificial barrier inside the bedrock or underground cave. In most cases, the cave is excavated artificially to secure safety. This method, hydrogeologically must secure safety when storing waste for long time, so is advantageous in regions where there are huge bedrocks with no second crevice, such as cracks or fracture zone, low water permeability and homogeneous characteristics. 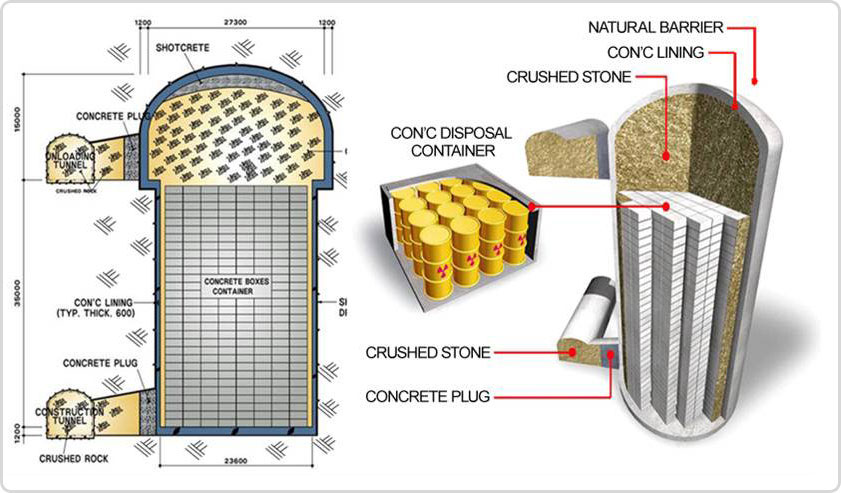 Korean 1st stage LILW facilities is a rock cavern method, and KEPCO E&C conducted A/E. At the 1st stage disposal facilities constructed for the first time in Asia, LILW corresponding to 100,000 drums will be disposed at the rock cavern disposal facilities at the 80–130m depth underground. In particular, by being awarded the ‘Tunnelling Project of the Year’ at the ‘ITA Awards 2015’, KEPCO E&C’s safety design capability has been recognized worldwide. ITA Awards is the world authority awards in the tunnel and underground construction field hosted by the International Tunnelling and Underground Space Association. KEPCO E&C also performs the Korea’s 2nd low and intermediate radioactive waste disposal project constructed in a near surface method. This project is expected to be completed in 2021, and can dispose 125,000 drums of waste.