In the 2000s, large-capacity nuclear power plant market has stagnated and the nuclear advanced countries aimed to develop small and medium capacity nuclear reactors, which can be used for multiple purposes. Korea has proceeded with SMART (System-integrated Modular Advanced ReacTor) project as a part of national R&D commercialization project. SMART is an all-in-one type nuclear reactor, in which nuclear reactor, steam generator, pressurizer, and coolant pump are all integrated into one vessel. SMART has 1/14 (100MW) capacity of commercial nuclear power plants, which can supply a city with a population of 100,000 with power, heat and water through ocean water desalination. Particularly, it is expected that there would be demands from the developing countries, which do not have large scale integrated power network.

Furthermore, the power plants with 300MW or less capacity being operated in numerous countries in the world are about 120,000 units. Of those, the facilities using fossil fuels that are over 30 years old are about 18,400 units. The prospect of the small power market, which can replace these, are the SMART.

Meanwhile, KEPCO E&C is implementing A/E of pre-project engineering (PPE) of SMART from June 2016 in accordance with Pre-Project Engineering (PPE) Agreement signed between Saudi Arabia and Korea. Through the PPE, we will complete the verification on licensing and economic feasibility of SMART, and then construct 2 units in Saudi Arabia, and also export to 3rd countries. 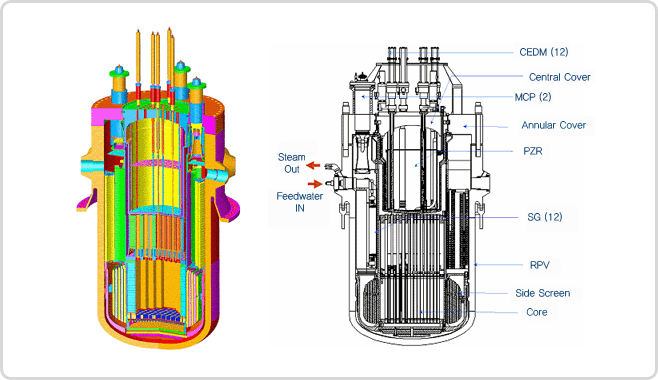